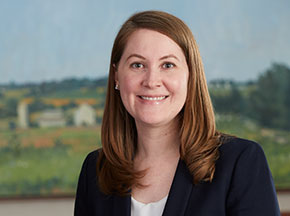 Gallagher is pleased to welcome Meghan K. Casey as Counsel in the Litigation Group. Meghan represents individuals and educational, non-profit, religious, and commercial entities in civil disputes in federal and state courts.

Meghan joined the firm following several years of government service, first as Deputy Legal Counsel in the Maryland Governor’s Office, and then as an Assistant Attorney General in the Civil Litigation Division of the Maryland Attorney General’s Office.  She previously worked as an associate at a national law firm, representing clients in complex commercial disputes and government investigations.

After graduating from law school, Meghan served as a law clerk to the Honorable J. Frederick Motz, U.S. District Court for the District of Maryland (2008-2009) and the Honorable Norman H. Stahl, U.S. Court of Appeals for the First Circuit (2009-2010).

Before attending law school, Meghan served as a Teach for America Corps Member in Houston, Texas, where she worked as an elementary school teacher and was named Teacher of the Year for her school in 2004. 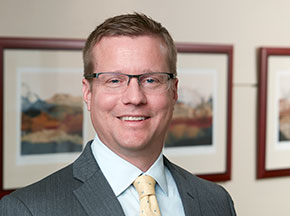